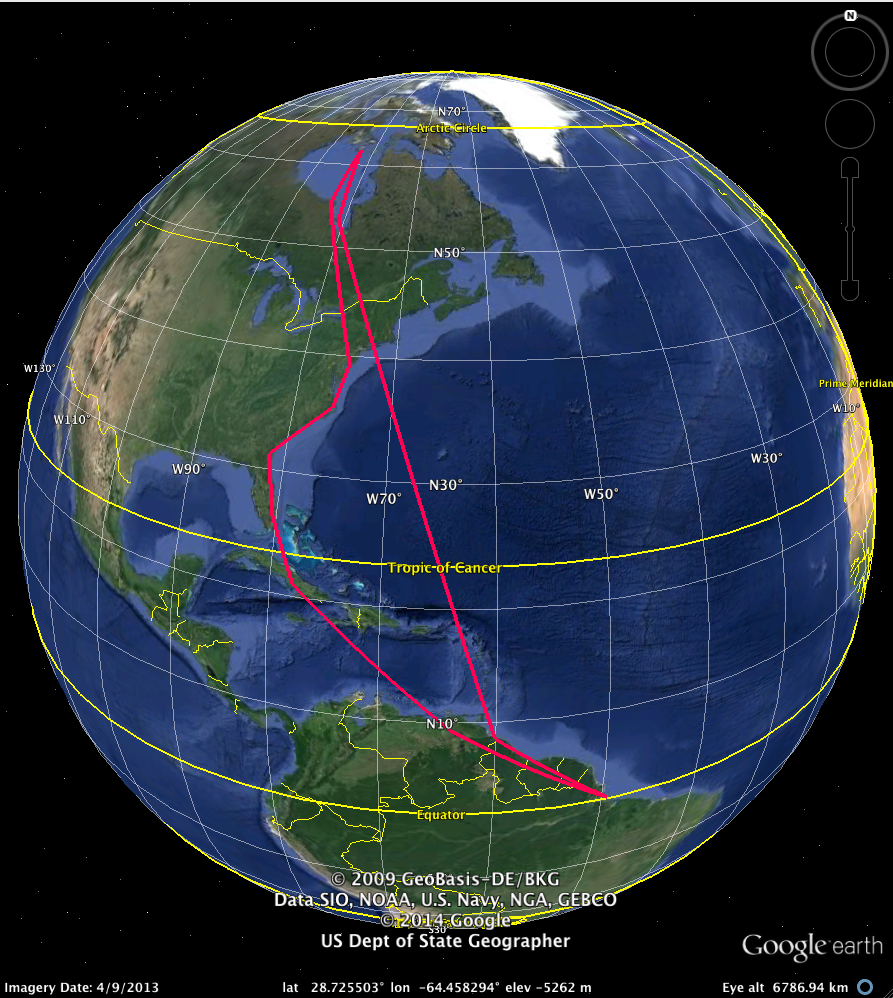 We love sharing not only the amazing stories about people, but also those about birds.  This one is not about a raptor; it is a shorebird called a semipalmated sandpiper.

In an effort to understand migration patterns, and therefore what is important to this species as it travels, a geolocator was placed on the bird.  The geolocators weigh only two hundredths of an ounce and are equipped with light sensors that use day length and the time of day to track each bird’s migration.

What did they find? One bird flew a total distance of over 10,000 miles in the past year, including a remarkable six day, 3,300-mile nonstop flight across the Atlantic Ocean.

Read the article here.  Here are some highlights from the journey:

23 June, 2013: The geolocator is placed on the bird by Brad Winn, a member of a Manomet and Environment Canada shorebird science research team, at Coats Island, Nunavut, Canada.

21 July, 2013: Arrives in James Bay, where it fattens up for its upcoming long flight to South America.

28 August, 2013:  Arrives at the Orinoco Delta, on the border of Venezuela and Guyana.

10 September, 2013:  Leaves for a relatively leisurely 11 day flight along the coast to Brazil.

21 September, 2013:  Arrives in Brazil for the winter (northern winter, but summer in Brazil).

2 June, 2014: Arrives back in James Bay for the last stopover on its return journey.

Posted by The Raptor Center at 8:48 AM