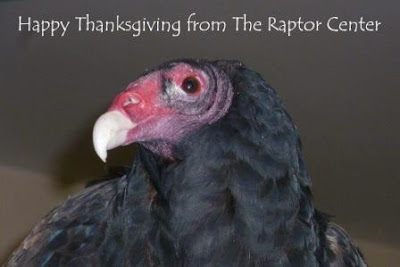 On this particular holiday, we couldn’t think of a better TRC bird to send our wishes than our turkey (vulture), Nero.

We are thankful for the support you’ve all shown us, which allows us to accomplish so much.  Please accept our wishes for a safe and happy holiday.

If you have family and friends already in town, there is a 1:00pm public program today at TRC.  We’d love to see you here!
Posted by The Raptor Center at 8:08 AM No comments:

What do submarines and owl wings have in common? 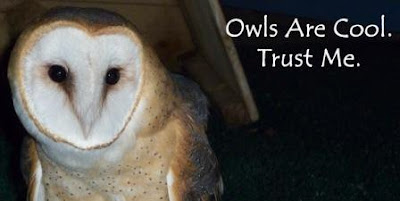 Here is a great article on some of the specifics of why owls can fly with "acoustic stealth."  The research being done might aid in applications to designs for submarines and other technology.
Posted by The Raptor Center at 5:53 AM No comments: 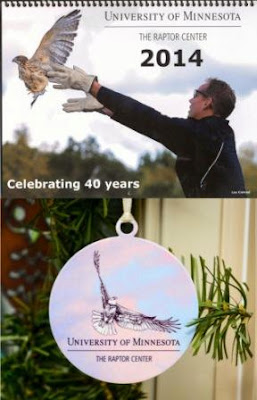 We now have our 2014 TRC calendar for sale through our online giftshop, as well as for sale in our lobby giftshop at TRC.  They are $15, and great gift ideas!

On Cyber Monday, December 2, we will offer a 10% discount on all items through our online giftshop, to help you find the perfect gift for your raptor-enthusiasts!
Posted by The Raptor Center at 9:08 AM No comments: 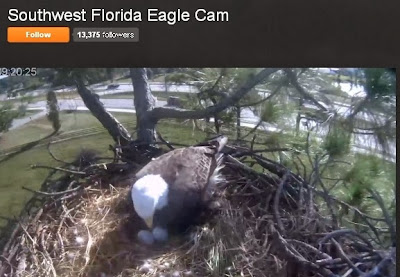 This morning in the St Paul/Minneapolis metro area we woke up to 18 degrees (above zero thankfully) this morning.  That will be the high temperature tomorrow.  To make ourselves feel better, and to continue to bring you information that is raptor-related, we wanted to share some information about a bald eagle nest in southwest Florida.

Last year (October 2012 - May 2013) marked the first year the nest was streamed live to the world. Over 16 million viewers tuned into to watch adult eagles Harriet and Ozzie raise their two (2) eaglets from birth to fledge.  The adult bald eagles, have been coming to this nest for the past 6 (six) years. The nest resides 60 feet above the ground, in a slash pine tree.

As of November 20, there were two eggs in the nest (see the screen shot.)
Posted by The Raptor Center at 9:21 AM No comments: 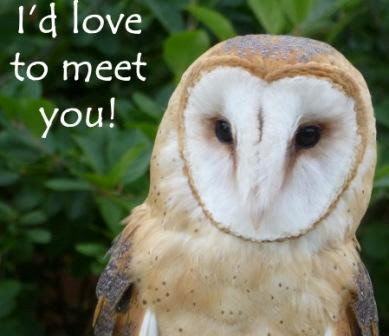 With families and friends no doubt getting together next week, we'd love to have you all come visit us!  We are open to the public Tuesday and Wednesday, November 26 and 27, and we are offering our Raptors of Minnesota public programs at 1:00 pm both of those days.  The charge is $8.00 for adults and $5.50 for students and seniors.

Our website at www.TheRaptorCenter.org has directions and other information.

Posted by The Raptor Center at 5:31 AM No comments: 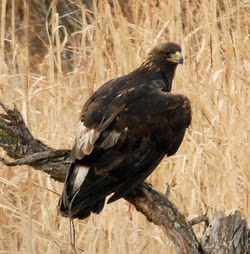 We have some recent information to share about two golden eagles with satellite transmitters.  The project, as you might recall, involves Audubon Minnesota, the National Eagle Center, the Minnesota Department of Natural Resources Nongame Program, and the Wisconsin Department of Natural Resources - Endangered Resources Program in a project to increase our understanding of the biology and management needs of golden eagles wintering along the Mississippi River.

GOEA 45  - Jeanette - seems to be taking a path across the Upper Peninsula of Michigan this year rather than heading back up and around Lake Superior…it will be interesting to see where she ends up and how she gets there.

GOEA 53 - Jack -  is still plugging away and heading south, although the bird does not seem to be in any big hurry 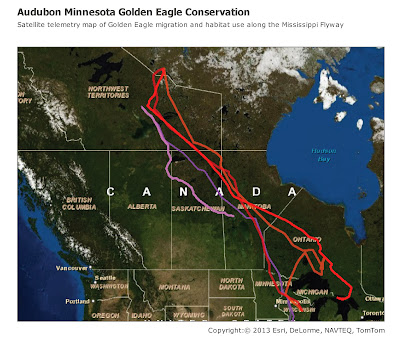 Thank you from TRC! 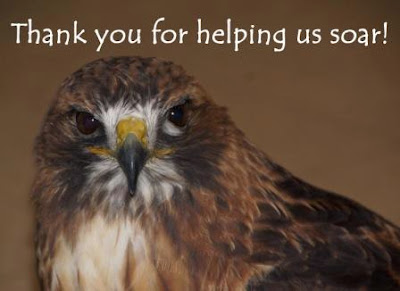 Once again, we are overwhelmed and deeply appreciative of the incredible support demonstrated on Give to the Max Day by so many friends of The Raptor Center. We are thrilled to let you know that we reached and surpassed our goal of meeting the $53,000 match. Total giving to The Raptor Center for Give to the Max was over $60,000 from nearly 400 gifts.  It is a true testament of your commitment to the importance of our work that many of you persevered despite technical glitches, contacting us for alternate ways to donate as well as waiting patiently for the web site to get back on-line. We are so incredibly grateful!

As always, we promise to keep you informed about how your dollars are being put to good work. Keep an eye on our communications for future updates on the ways that The Raptor Center is making an impact.
Posted by The Raptor Center at 9:28 AM No comments: 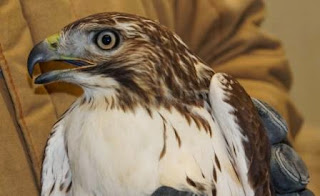 On a cold, clear morning earlier this week, a red-tailed hawk recently featured in a newspiece was released after receiving five new flight feathers through a process called imping. Imping is the technique The Raptor Center uses to replace broken flight feathers before a raptor patient is released back to the wild. Raptors need a full complement of flight feathers in order to ensure the best possible outcome - survival in the wild.

"This hawk healed well from its injuries and, after having its broken wing feathers replaced, was ready for release. When given back its freedom, the bird soared above our heads for several minutes before flying out of sight," said clinic manger Lori Arent. Bill Hallquist, of the Town and Country Club in St Paul, released the bird. The last step in the rehabilitation process is to ensure that each raptor patient is released into a safe and appropriate habitat. The Town and  here. 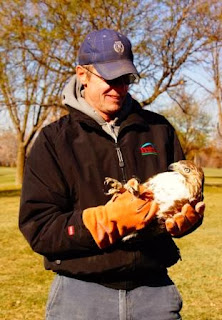 Country Club graciously allowed us to release the bird at their site, which was very close to where the bird had been recovered. This lucky former patient will be in familiar surroundings as she begins her second chance at life. You can watch a video of the release

This red-tailed hawk patient's story is just one where our staff and volunteers partnered with YOU - our friends - to make it happen. We couldn't do this work without your support.

If you have already made a donation to TRC today, we thank you very much! Your generous gift will be matched up to $53,000 today on Give tothe Max Day, as we make your precious dollars mean as much as possible. There is still time to give a gift if you have not yet.
Posted by The Raptor Center at 12:14 PM No comments:

The Raptor Center has received 872 patients so far this year.  We currently have 68 patients.  We update our weekly patient census here.

Tomorrow is Give to the Max Day, the biggest day of the year for Minnesota non-profits like The Raptor Center who are dependent on community support to do our work. Gifts given will be matched by donor families Rachel and Denny Hollstadt, and the Sarah J. Andersen Fund of the Hugh J. Andersen Foundation, up to $53,000. Your gift will provide critical care for injured and ill raptors. Please help us to help keep raptors flying free.