. . . on the back of your head!  Our post today shows the eyespots on the back of one of our winged ambassador American kestrels.  These markings might help to deter a potential predator (yes, even raptors have predators!) from attacking the kestrel from behind.  Other animals including moths, fish and butterflies use this type of survival adaptation for predator protection and other reasons.

Posted by The Raptor Center at 8:23 AM No comments: 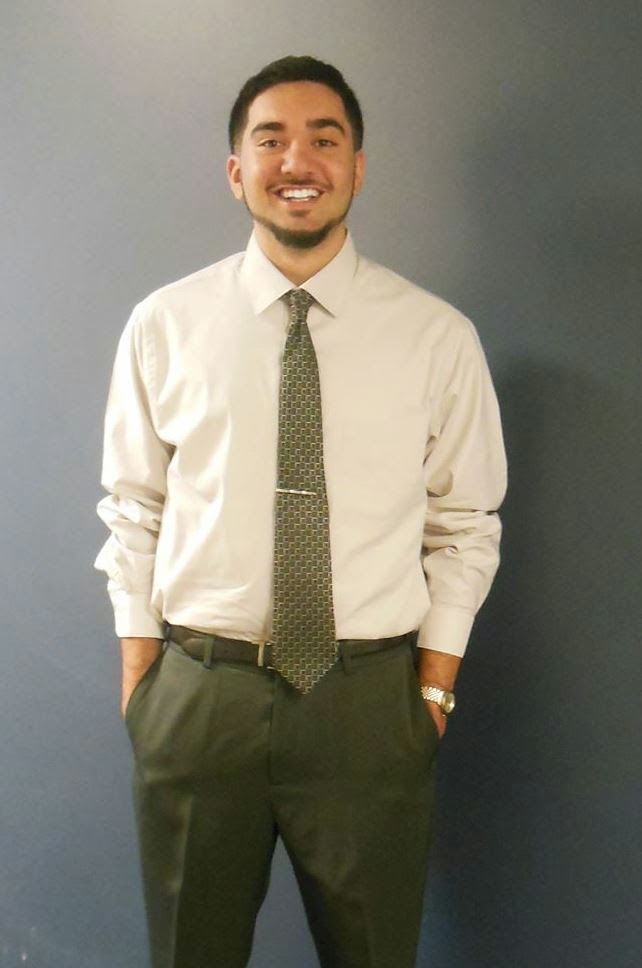 We continue our Guest Blogger Tuesday with another special person.  Shahbaz Khan is a University of Minnesota student, and TRC’s marketing intern.  We are sure that after you read his post, you’ll know why we wanted him to start working here as quickly as we could hire him!  Shahbaz isn’t waiting until he graduates to do great things.  He is a valued member of our TRC team, and we look forward each week to working with him. (P.S. – we had already hired him when he shared with us that in English, Shahbaz translates to "King of Falcons".)

"A year and four months ago, I got a call that changed my life. That call was made by no other than The Raptor Center. I was offered a Marketing, Social Media and Special Events internship. I knew I interviewed well, but I had zero experience, just switched majors and frankly, I thought I had no business getting paid to work anywhere in the field at that point. But, there was one thing I knew I had: passion.

It just so happened that The Raptor Center valued my passion and after my time here, it’s clear why: everyone that’s a part of this organization, from the volunteers, to the staff, to the kind people that donate time and time again (that’s you!) are passionate about The Raptor Center’s initiatives. Now, I’m not going to act like I knew a thing about raptors (or animals) in the least prior to being hired. In fact, it was quite the opposite. But, after seeing the amount of work the staff puts in and the ease in which they’re able to teach people (especially me), I learned bit by bit.

If you would have told me I’d still be working at The Raptor Center when I was first hired, I’d most definitely be surprised. Now, I don’t think there’s much that could stop me from being involved with The Raptor Center. The thing about this organization that inspires me is the fact that no one treats it like work, it’s something that each volunteer and employee genuinely cares about. It’s a dream job. The same holds true for me.

This organization has taught me so much. The knowledge I’ve gained is not limited to raptors, but about what passion and determination can do. I hope that The Raptor Center continues to inspire all of you, as it has for me"
Posted by The Raptor Center at 7:48 AM No comments: 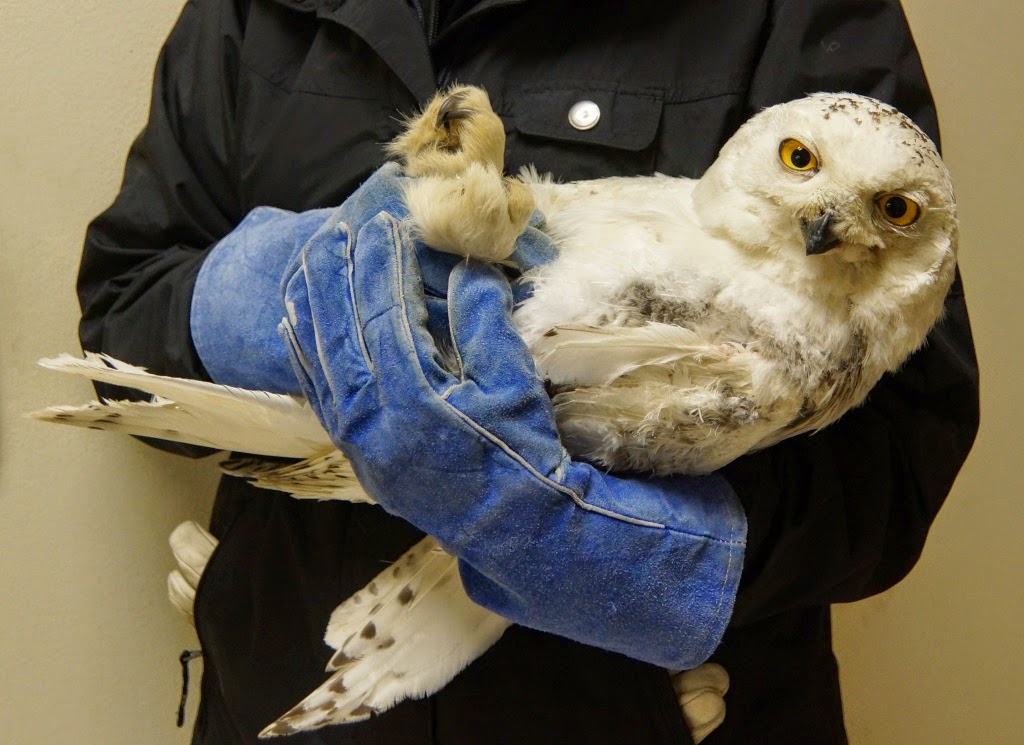 You may remember the D.C. snowy owl patient treated by The Raptor Center at the University of Minnesota in March and April 2014. The owl had reportedly been hit by a bus in Washington, D.C., in late January 2014.

The owl had been receiving care at The Raptor Center to replace damaged wing feathers and was returned to the wild on April 19 after meeting health benchmarks indicative of fitness for the wild.

Sadly, we're writing today to let you know that The Raptor Center has learned the snowy owl's body has been recovered from the shoulder of a Minnesota highway, near where he had been released last spring. The snowy's cause of death is uncertain, but the placement of the body indicates he may have been hit by a vehicle. The body was in good condition, indicating the owl was successfully hunting, and was identifiable by a bird band placed on the leg prior to release.

As with all of our rehabilitated raptor patients at The Raptor Center we work diligently to treat and prepare the birds in our care for release. It is always difficult when we receive news such as this.
Urban landscape challenges such as buses, methane burners and roadways can prove hazardous to all types of wildlife, owls included.

We appreciate your interest in the snowy owl through his rehabilitation and release, and as always, thank you for your support.
Posted by The Raptor Center at 7:16 AM No comments: