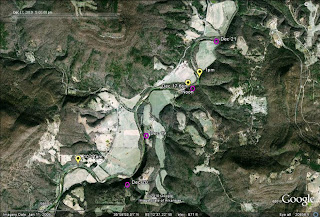 Harley gave us a scare - the Monday data download showed that histransmitter was not moving since Friday afternoon and was losing power overthe weekend, indicating that it was either off of Harley or that Harley was in a position that his backpack was not receiving any light (solar powered battery) and not moving. Our fears - Backpack could be off (loss of project data, but Harley okay)- Harley injured or ill (or even dead) - lead poisoning known to be a problem in that part of Arkansas. Since Harley arrived in Arkansas, we have established a good relationshipwith colleagues down there - they were very quick to offer assistance as soon as there was an indication of trouble. Wednesday's data download showed the battery recharged, operational and moving around in the area that Harley has been in - all appears good! Wethink that the battery just got weak (not receiving enough light) and unable to send data, but was still data-logging. Of course, we will continue to keep a close eye on things and are very grateful to our Arkansas colleagues for their willingness to help.

Posted by The Raptor Center at 5:38 AM 2 comments: 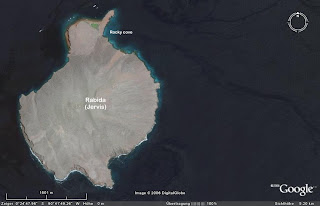 During my November trip to Galapagos, I was able to spend four days on the island of Rabida with six of my colleagues. Of the islands being targeted for rodent eradication this year, Rabida is the largest (500 hectares). It has gorgeous red sand beaches, gregarious sea lions and hawks. After an early morning and long day of hiking the island and working with the hawks, it was wonderful to be able to get in a quick swim. While the water was quite cold (felt good on my tired muscles!), the snorkeling was amazing. The diversity of marine life in this area was much greater than other areas where I snorkeled (likely a result of more regulated fishing in area??)

Our work on Rabi 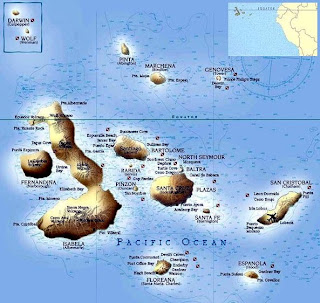 da was focused on developing a plan for the eventual capture of the hawks. We first identified the hawks, noting age and sex, number of birds in each territory and expanse of territory. There are eight hawks on Rabida, occupying three territories. Through careful observation and lots of photographs, we were able to identify each bird individually. And then the fun began. We chose ideal sites for trapping in each territory and began accustoming the hawks to those sites by providing access to food. The lack of fear that is so characteristic of animals in Galapagos was on full view with the hawks. They would come right up to us, hopping on the sticks we were using and watching everything we did. At one point, we were working with a hawk on the beach, trying to explain our work to a tour group while avoiding a sea lion intent on chasing us. Only in Galapagos.

Will soon know how e 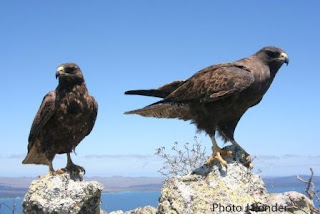 ffective our work on Rabida was. I was amazed at how much we accomplished, but the truth will be in the results in January. Stay tuned! 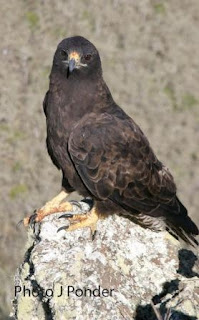 Posted by The Raptor Center at 5:25 AM No comments: 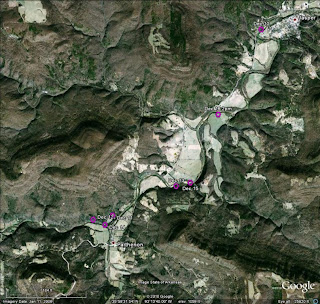 Harley happily remains on his Ozark wintering area between Jasper and Parthenon, Arkansas.

Posted by The Raptor Center at 5:37 AM No comments:

Looks like I made it back to Minnesota just in time for the 5th largest snowstorm ever. Digging out has been an all-out effort for a few days, both at work and at home. The raptor housing at The Raptor Center has been totally inundated with snow – the birds are perched inside as the staff works to be sure their outdoor housing is safe. As we try to escape the bone-chilling cold that followed the storm, my mind leaps back to another part of the world where white snow is replaced by white sand. The sky is brilliant blue in both places, but the temperature difference is 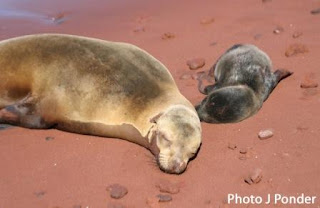 about 80ºF. No surprise that I am looking forward to returning to Galapagos to continue with our project there.

The schedule is being finalized for the project with hawk trapping due to begin after the holidays. In the meantime, I thought I would share some more images. 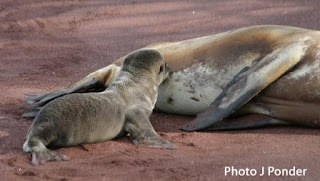 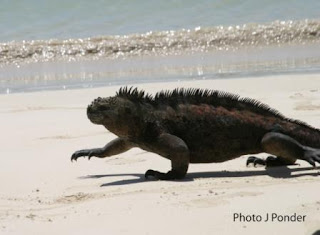 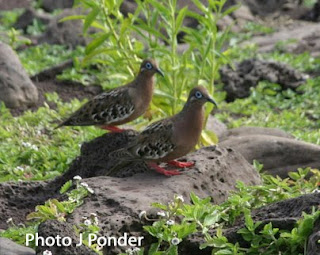 Posted by The Raptor Center at 5:28 AM No comments: 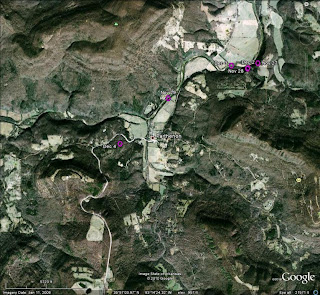 Harley remains near Parthenon, Arkansas where he has been since October 28. As has been his pattern, his hourly movements are pretty restricted to the river valley between Parthenon and Jasper

Posted by The Raptor Center at 6:00 AM No comments:

On Thursday, Bill Hudson of WCCO-TV did a story on a Barred Owl, who is a patient at TRC.
Posted by The Raptor Center at 10:51 AM No comments: 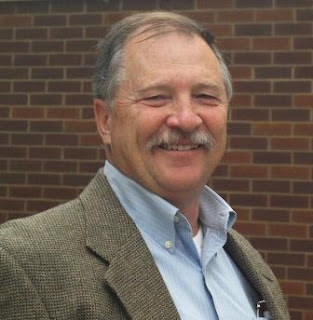 On Saturday, December 4, Dr. Pat Redig, co-founder of TRC, spoke at the annual Paper Session for the Minnesota Ornithologists’ Union. It has become a part of the program to have an annual update on the peregrines in the Midwest, for which the Midwest Peregrine Society, headquartered at TRC, coordinates banding activities.

Some interesting information from this past season: Whitewater State Park is the last known historical nesting site of peregrines in Minnesota in 1962, before restoration efforts. In 2009 there was a pair of peregrines that nesting again there, and between last season and 2010, there have been seven young successfully fledged.

Over 400 birds were produced in the 2010 season, for the 13 Midwestern states and two Canadian provinces.

For more information on how MPS assisted in the recovery of the peregrine falcon, you can visit the website here. There is a searchable public database if you are interested in finding information on peregrines at a site in your area, or want to know the history on an individual bird by its band.
Posted by The Raptor Center at 8:44 AM No comments: 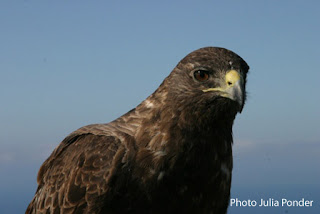 How quickly things can change! It has been a very busy 10 days, with the unexpected result of a significant delay in our project and a brief return home for me. Due to a growing number of complications and logistical challenges, the decision was made to postpone project implementation until January, allowing time to regroup and be sure that all components of the project (rodent eradication, hawk mitigation, and pre- and post-eradication survey work) are ready to go. The decision was not made lightly as there had been a significant amount of money and resources already invested to get things done in this calendar year. In addition, there were several experts/consultants (in addition to me) on-site and ready to go. While such a decision has significant ramifications, I totally agree that it was the prudent thing to do – it was important to step back and re-group. 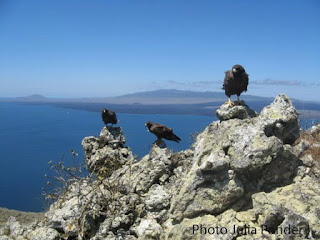 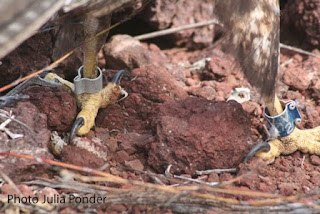 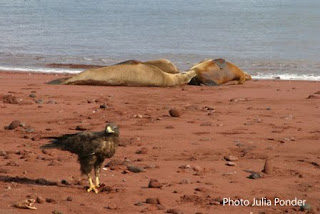 My time in Galapagos, however, was not wasted. It was extremely helpful to see the situation and meet the people. We worked hard to tie up loose ends in the hawk mitigation plan, setting a stronger base for successful implementation. In addition, we spent several days in the field, observing and working with the hawks on Rabida Island. What a thrill it was to be able to have that time in the field. We were able to successfully accustom the birds to feeding around us at specific sites for eventual trapping.

After being there, I am more than ever convinced of the importance of this project, and have an increased awareness of the magnitude of what is being attempted. The project is being rescheduled for January and The Raptor Center will continue to be involved. I have many stories to tell (and more to come) – I look forward to continuing to share the journey with you. Some pictures here are of an adult female Galapagos Hawk; the bands on a sub-adult bird; one of the family groups I monitored, and a hawk near sea lions.

Thanks for all your well wishes and support!
Posted by The Raptor Center at 8:55 AM No comments: