The Raptor Center's birds already "felt" like they had the finest new housing around. Now we know the new housing really is the best of the best! Congratulations to Graham Construction for winning the Minnesota Construction Association's Award of Excellence. The category was Renovation, Expansion, Or Tenant Improvement Project. 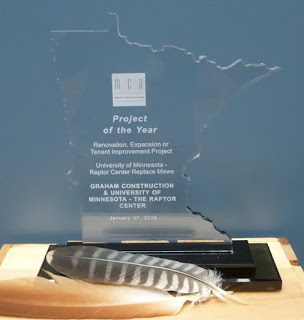 Thank you also to our donors who made this possible. You truly made a difference.
Posted by The Raptor Center at 7:21 AM No comments:


If you’ve visited TRC recently, you know that we have a new winged ambassador on the team!  A female red-tailed hawk, hatched in 2015, is now residing in our Douglas Dayton Education Wing.
She has a congenital condition called microphthalmia that has made her left eye very small. She is also blind in the left eye.

Gail Buhl, education program manager, has been working to get her used to being on the glove.  She was housed off public areas initially, so she could be gradually introduced to more human activity. In the photos on the post today, Gail brought this beautiful bird to her new housing, in the public part of the courtyard.

Ongoing training will happen as we hope to start introducing her to more people very soon.  TRC educates around 150,000 people each year with messages of how we share the world with birds like this one.  She will be an important part of this effort.
Posted by The Raptor Center at 9:55 AM No comments:

Some of our patients are in individual patient cages while their injuries heal. Others are in large flight rooms or in managed areas for exercise before their release.

Posted by The Raptor Center at 8:48 AM No comments: 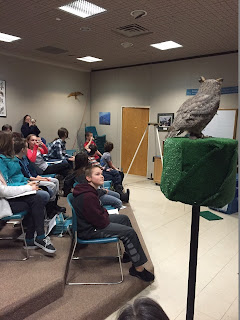 For Youth RaptorCorp's (YRC) January meeting, we discussed owl adaptations including their silent flight! The students got to see a flight demonstration from Lois the great horned owl. Her soft feathers beautifully show how an owl silently sneaks up on its prey in an ambush attack.  Thank you to TRC volunteer Nickie M for the video.

The students also helped with creating enrichment toys for the education raptors out of natural rope, and helped with cleaning/maintenance of the crates used to transport the birds to offsite education programs.

We thank the YRC for their work! 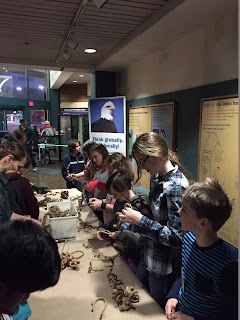 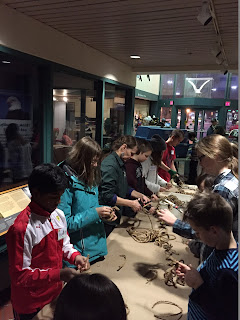 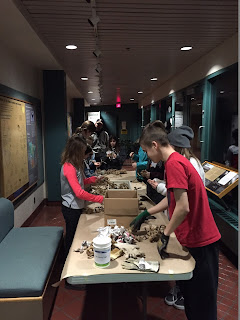 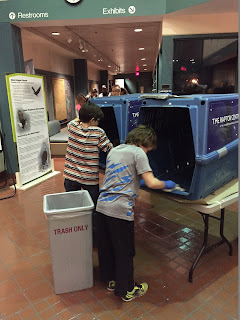 Posted by The Raptor Center at 8:46 AM No comments: