The Many Faces of Pi the Bald Eagle 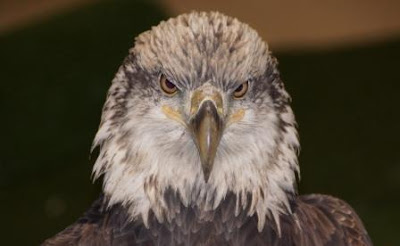 Last June, we introduced you to Pi, one of our education winged ambassador eagles who was hatched in 2009.  We wanted to show you some photos of what he looks like today  What a change in his plumage! (See the last photo for a comparison from last June!)  We look forward to this coming season's molt, after which he will then display the hallmark white head and tail of the adult bald eagles most of you are used to seeing.

He was admitted into our clinic as an already fledged (flying) bird. We found nothing wrong physically, but he showed too much curiosity/interest in people. Some of the behaviors were consistent with birds that are human imprints (meaning, there was interaction with humans during a critical part of the bird’s cognitive and behavioral development.) Imprinted birds do not interact with other wild members of their species in the expected ways related to breeding and territorial behaviors. They also do not show the avoidance of humans that would normally keep them safe. Pi (short for pilot) was recovered on land owned by an airplane pilot, whose nickname is “Pi.” 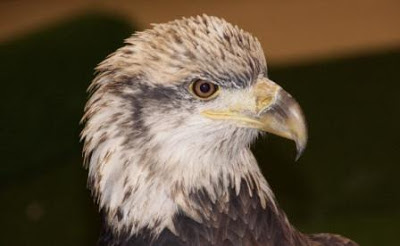 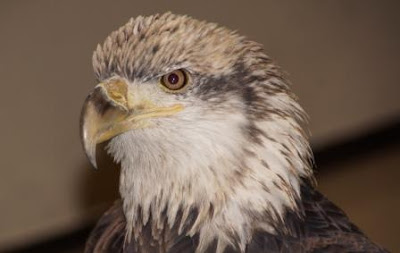 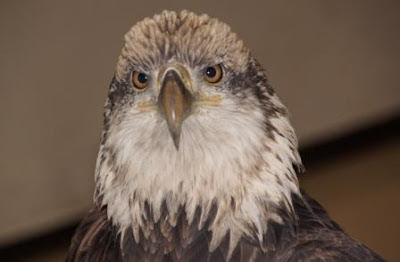 Posted by The Raptor Center at 5:44 AM