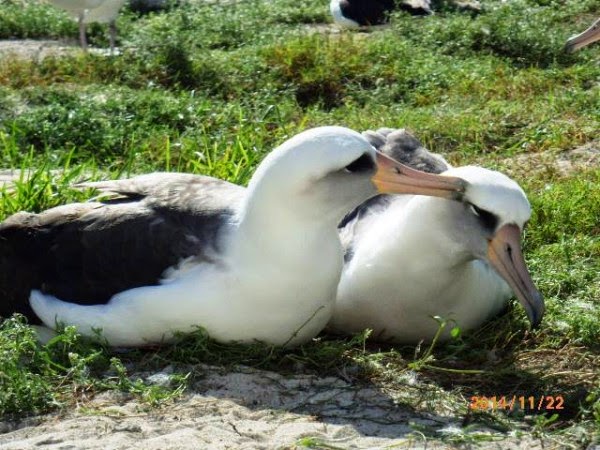 The world’s oldest known wild bird – a Laysan Albatross named "Wisdom" who is at least 63 years old – has been seen with her mate for the first time this mating season within feet of their usual nesting site. The USFWS National Wildlife Refuge System posted this photo of her on December 1 of this year.  ("Wisdom" is on the left.)

She has nested on the Midway Atoll since 2008.  In March of 2011, her nest was in the path of the tsunami that devastated the area.   The USFWS's Facebook page will have news, and you can follow along on the Papahanaumokuakea Marine National Monument Facebook page, too.