Annie the Peregrine Falcon at TRC 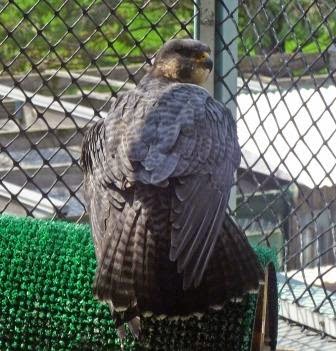 Like many of us in Minnesota, Annie the peregrine falcon took the opportunity to dry off from a wet Monday and enjoy the sun.  She preened her feathers and roused (shook them out).

Annie has an interesting story.  She was hatched in 1995, as the last clutch of peregrine falcons nesting on the Montgomery Ward building in St Paul, MN, before it was torn down.  Because Annie was banded as a chick, these bands identified her when she was found injured in St Louis, MO.  She was hit by a car and sent to The Raptor Center's clinic.  She had broken her right metacarpal (a bone in the wrist) and left coracoid (a bone in the shoulder). Her fractures were set and she began to heal. During physical therapy, Annie would only turn to the right while flying. An ophthalmologist found that a cataract had formed in Annie’s left eye, possibly a result of the trauma sustained in the car collision. It was determined that, due to her partial blindness, Annie’s chances of survival in the wild would be very low. In January 1998, Annie joined The Raptor Center’s education department.  Annie's story is here. 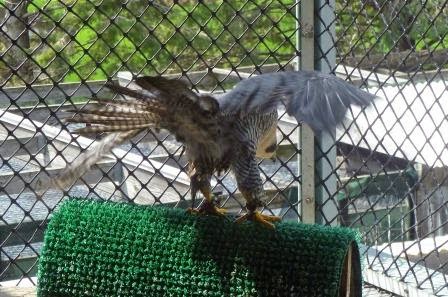 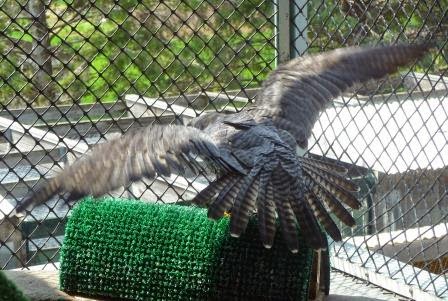 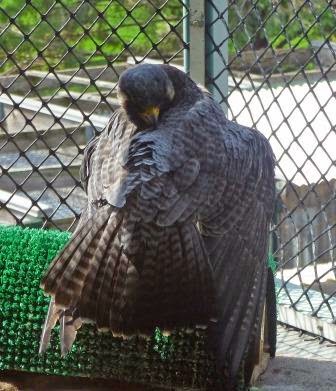 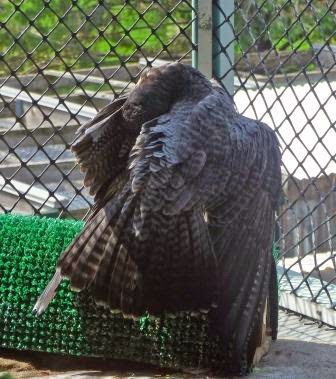