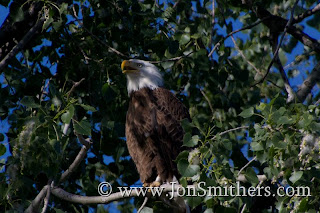 The Raptor Center received news that a former patient has been successful with his second chance at life! An injured Bald Eagle came into The Raptor Center in late 1997 all the way from Crystal Falls, MI (Iron County), flown in on what was Northwest Airlines at the time. He was at TRC for 13 weeks, during which time he had surgery for an ulnar fracture (wing bone). Surgery was performed by Dr. Jalila Abu, a veterinary resident at that time. Dr. Abu has since returned to Malaysia (after finishing her PhD) and is actively involved in wildlife medicine and teaching at a university there. The eagle was released in the Twin Cities in January 1998.

There is a piece of stainless steel shot at the fracture site and a piece of lead shot (meaning the bird was shot under 2 different circumstances) elsewhere in the body, but not causing any problems. At the time he was admitted he was an adult bird at least 5 years old. That means today he is at least 17 years old. 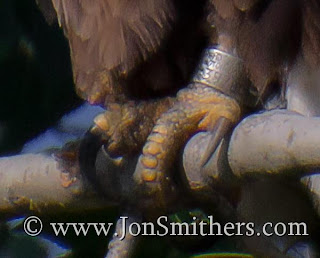 A local man began watching what he believed to be this very bird starting in October 2003. Since then he’s seen the bird raise multiple families of chicks. He was finally able to read and confirm the USFWS band that was placed on the bird when it was released from the clinic.

These photos were taken by Jon Smithers. There is a YouTube video link here of the adult bird. 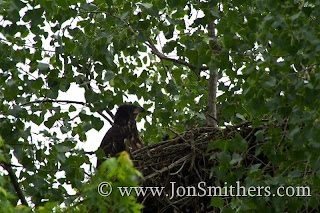 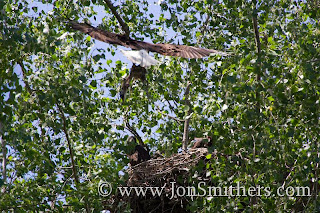 Posted by The Raptor Center at 1:28 PM