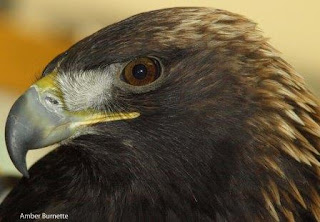 Part of the reason that Mark Martell wanted to try to find Harley the bald eagle near Cannon Falls, MN was that Golden Eagle 42's transmitter was sending a signal from approximately three miles from Harley's location! If you will recall, GOEA 42 was found injured, then rehabilitated at The Raptor Center, and a transmitter was put on him, too. You can track his movements at Audubon Minnesota's website. 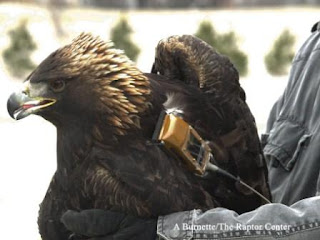 Though the bird was tucked too far into a wooded area to locate him visually that day, 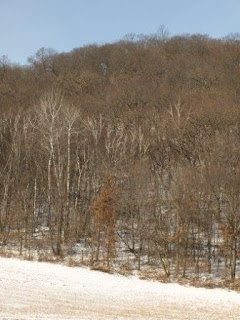 the mystery as to why he had found his way to Cannon Falls was solved quickly. The habitat/topography of the area was very similar to what was around Wabasha, which was where the bird was found injured. The bird seems to prefer heavily wooded bluffs and hills that surround an open field of some sort. The first two photos were taken near where the golden eagle was found injured and presumed to be wintering last fall. The last two photos were taken on the February 9, 2010 trek near Cannon Falls to try to locate him. 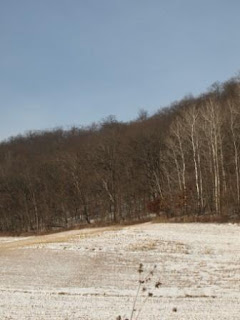 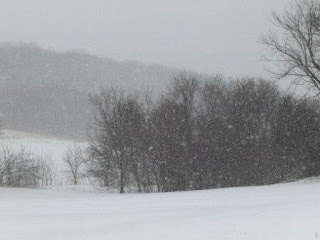 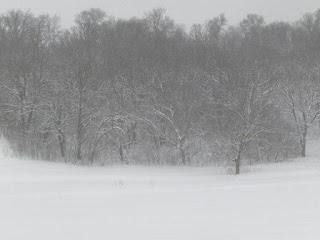