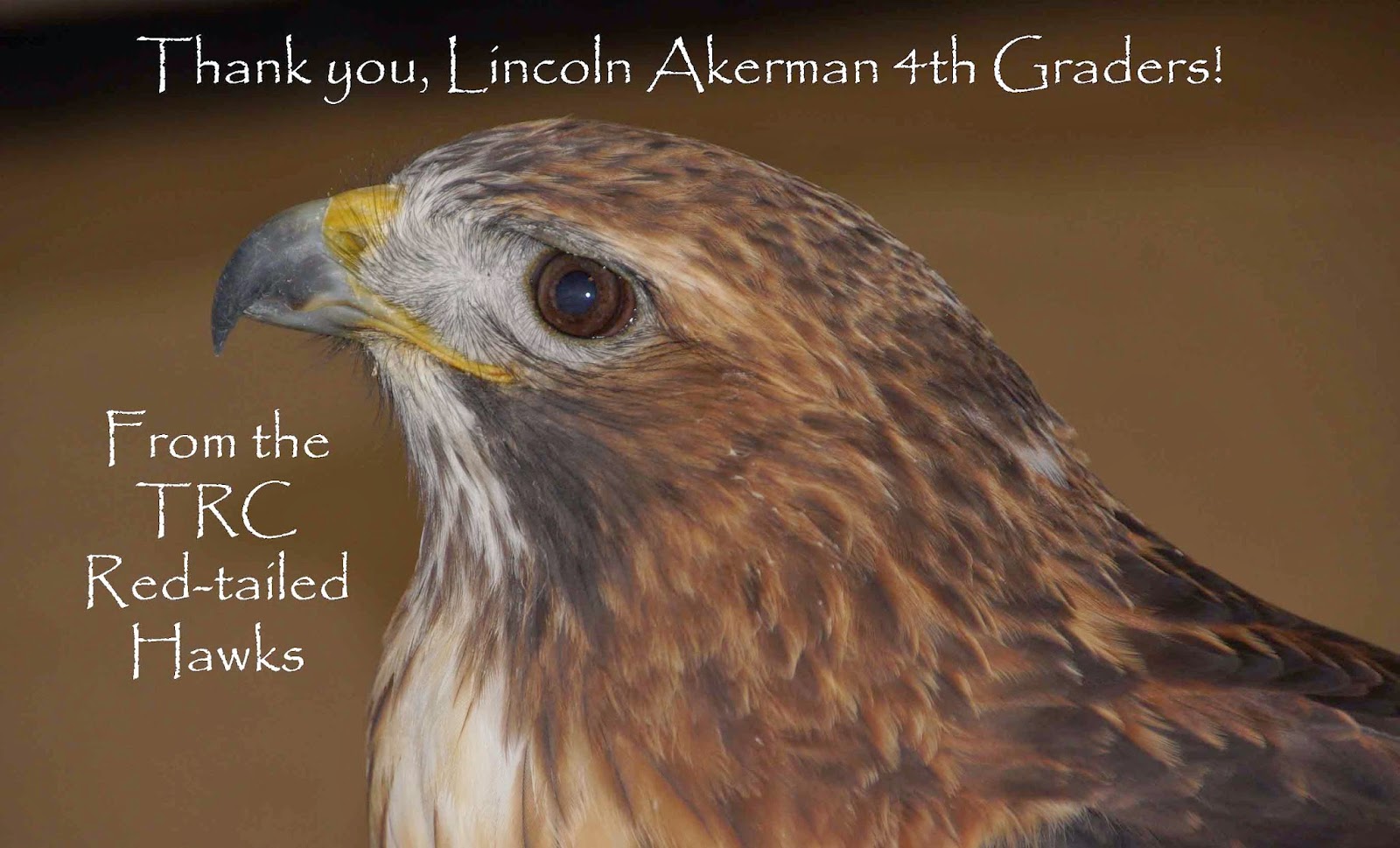 The Raptor Center wanted to share a story with you.  We wanted to highlight some young people -  fourth graders at Lincoln Akerman School in Hampton Falls, N.H - who cared enough about a topic to go those extra miles in learning, and then putting education into action.

Many thanks to Principal Mark Deblois for the background:
All fourth graders in New Hampshire are required to cover New Hampshire history.  As they were learning the state symbols, these students realized that while New Hampshire does have a state bird – the purple finch – it does not have a state raptor.  Several of the students in the class gave up their snack and recess time to do some research on the best choice to represent their state.  They decided that the red-tailed hawk is not only a commonly seen raptor in the state, but it was also a highly resilient bird, and they felt it was a good representative of New Hampshire.

Local state representatives talked the students through the process of how a bill is created and moves toward becoming a law.  The students, accompanied by a red-tailed hawk education bird from the New Hampshire Audubon Society, testified before the Agriculture & Environment Committee.  By a vote of 10-8 the bill was labeled as "Ought to Pass" and was sent on to the full New Hampshire House of Representatives for debate.  While the House failed to pass their bill, the story is such a great example of civics in action.  The students set out to learn more for themselves, to educate others, and we applaud them for their efforts.
Posted by The Raptor Center at 5:04 AM